Murrina Millefiori: How millefiori glass style was born in Murano

The history of Millefiori Murrina and the technique craft, how it is made and used for venetian glass vases, Murano glass sculptures, read about it.

A walk in ancient history...

With the term murrina today are substantially indicated two different but similar entities: on the one hand the section of a particular cane, a segment characterized by an enchanting succession of geometric concentric shapes of various colors; on the other the complete work that is made up of the interaction of these small tiles, according to an organic design that can be realized in plates, bowls, pendants and pendants.

Looking at the origins, the word Murrino was coined in 1978 by Abbot Vincenzo Zanetti, a notable figure in the cultural landscape of Murano in many ambits, including this historiographic study on glass production, but also the preservation of works through the foundation of the still fully active Glass Museum, the didactics thanks to a drawing school applied to glass production, the education through the establishment of the Circulating Library and even the information, with the press of the local newspaper called “The Voice of Murano”. 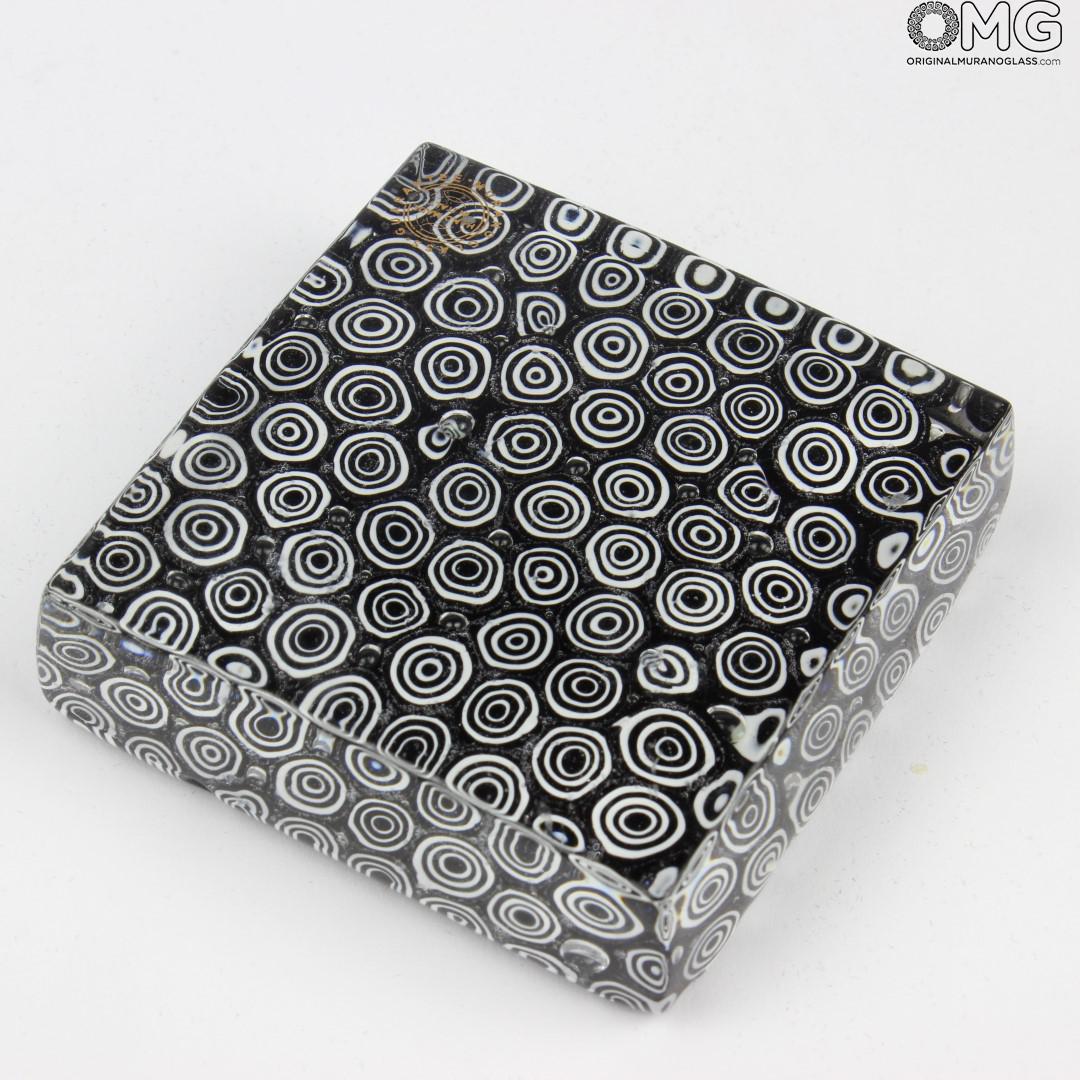 With Murrino, the ecclesiastical scholar indicated ancient Roman cups and vessels where the juxtaposition of the individual cane sections revealed abstract or figurative designs, such as flowers, animals, or human portraits. Famous for the aroma they spread, probably because they are intended to contain fragrant essences for ritual purposes or simply embellishment, these objects have often been associated with the well-known myrra perfume, according to an etymology which, however, does not seem to be truthful.Most likely the derivation from the Greek myrra indicates a kind of fine and precious land of Middle Eastern origin.

Today, the production of murrine is part of the rediscovery of this particular type of glass by the artisans and artists of Murano in the sixteenth century (after centuries of oblivion in the medieval period), and the glittering development begun on the fall of the XIX century by the glass factory Salviati and the Master Vincenzo Moretti.

Two different qualities of murrina "chopsticks" are basically widespread - then used both in the furnace and in the lab – one with lighter concentric circles and another one articulated in more elaborate shapes such as stars or other geometric crosses.

Here is how the charm of Murrina is created, and why it is called also Millefiori murrina

To fully understand how the Murrina is practically done, here are the four fundamental steps of a process that leads to an authentic masterpiece: "The Original Murano Glass Team and their glass masters are perfect. They made a uniqum sculpture for me and the result was better than I believe. Best costumer service, fast execution, and save shipment. If you need murano glass, write to OMG. If I am the next time in venice, I will visit them."